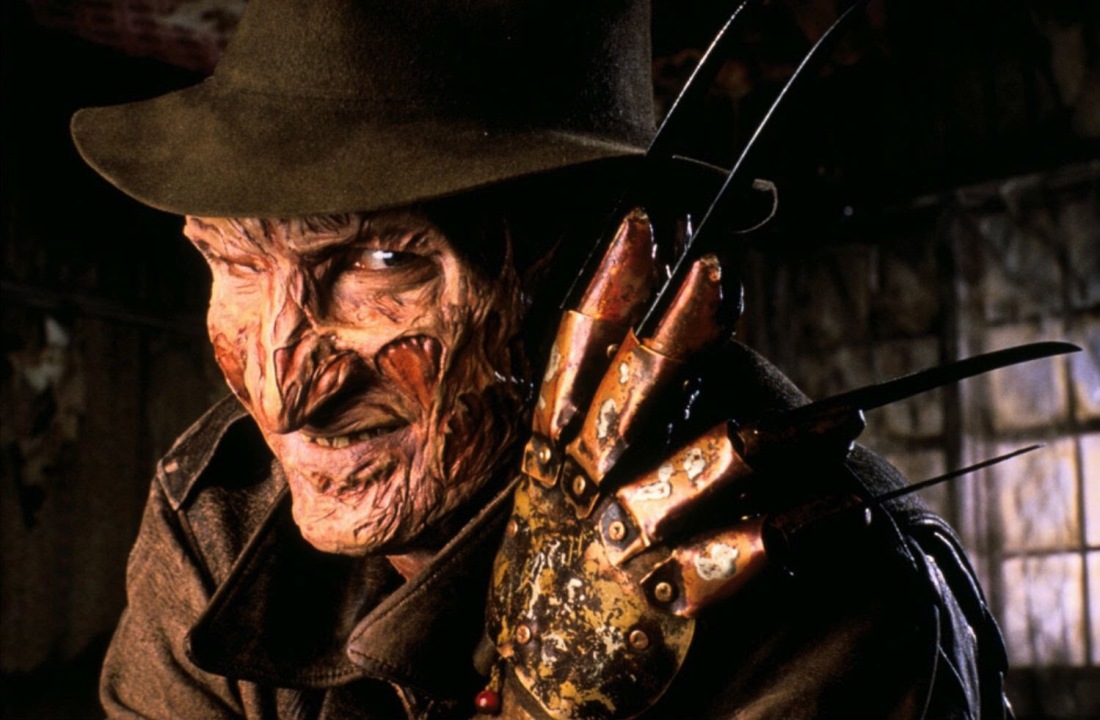 Video games and movies have always had a bit of a tenuous relationship—video games and horror movies even more so. While they’ve definitely been done with varying degrees of success, there are plenty of horror flicks that have either based their plots or their kills around a variety of games. Here are five horror movies that have called it “game over” for their characters.

Somehow David Cronenberg was able to take his trademark body horror and apply it to the video game world. In ExistenZ, Jennifer Jason Leigh is a VR game designer that creates games for grotesque bio-organic consoles known as “game pods.” She goes on the lam with a security guard (Jude Law) as they try to escape the assassins of a rival company in a world where you can never quite tell what’s real. Equal parts Videodrome and Mulholland Drive, ExistenZ is definitely one of the weirder entries in Cronenberg’s filmography, but it remains an overlooked classic of modern technological horror that has been called “a game culture masterpiece.”

Wishmaster 2 is an almost impressively bad straight-to-video sequel for the 1997 film Wishmaster. The plot doesn’t make any sense and the acting is positively terrible, but we’d be lying if we said that it didn’t include some innovative kill scenes. While the movie doesn’t actively revolve around games, it uses a casino to great effect as the evil Djinn sets up shop collecting souls by granting the wishes of casino patrons in horrifyingly misconstrued ways. Among these is a hilarious CG roulette wheel that sprouts blades and becomes a spinning wheel of death. There are also slot machines that deliver their payouts through the bodies of their players. The use of a real-life casino is a novel and unique setting, especially now when gaming scares are typically found online with horror based slot-themes based on scary supernatural creatures. The original Wishmaster was produced by Wes Craven and became sort of a cult classic of low-budget bad horror movies. But Wishmaster 2? It managed to top the original with terrible special effects and even worse acting, making it a must-see for B-horror aficionados.

The eighth installment came at a time when most had pretty much given up on the series, but this straight-to-video release offers a somewhat new take on the Cenobite lore. This 2005 movie revolves around a group of kids that become obsessed with a game based on the actual Hellraiser series called Hellworld in a very meta self-referencing plot device. Sadly, the video game is barely featured, because most of the movie takes place at a party that’s a real-life meetup of players for the game where they’re set upon by the Cenobites. This one is for Clive Barker completists only.

2006’s Stay Alive functions on the basic idea of a video game where if you die in the game, you die in real life. Admirably, the movie sticks to its guns and spends much of its time in the fictional game and features kill scenes about as good as a PG-13 film can offer. There are some surprising actors in this including Frankie Muniz from Malcolm in the Middle and Adam Goldberg, most recently seen in the first season of FX’s series adaptation of Fargo. Bonus points to Stay Alive for naming its main character “Loomis” in a clear reference to the character from Halloween.

Like Wishmaster 2, this movie didn’t so much revolve around games as it happened to use them well in its set pieces. By this point in the franchise, Freddy had become much more of a punchline, reveling in over-the-top slapstick and a ton of terrible one liners. There’s a reason that it’s widely considered the worst in the franchise, but there’s still lots to love, including some hilarious kills. One of the best remembered scenes from Final Nightmare is definitely the death of Spencer (Breckin Meyer). Played out in a 16-bit style video game, Freddy antagonizes his victim through the game from the comfort of a chair with a game controller. And, of course, he utters equally awful and classic lines like “Now I’m playing with power!” and “I beat my high score.” The entire sequence is downright hysterical and that alone makes Final Nightmare worth a look.